Mark 16:15 And he said unto them, Go ye into all the world, and preach the gospel to every creature.

Matthew 28:19 Go ye therefore, and teach all nations, baptizing them in the name of the Father, and of the Son, and of the Holy Ghost: 20 Teaching them to observe all things whatsoever I have commanded you: and, lo, I am with you always, even unto the end of the world. Amen.

We, at THFN, intentionally and sincerely desire to live in the awareness of the presence of God so that He can work through us to make this world different. We deeply want to join God in His work of reaching the lost with the saving Gospel of Jesus Christ. We would be delighted for you to join us!

May you be aware of the presence of Jesus in your life.

For His Glory,
Pastor Denny Wilson 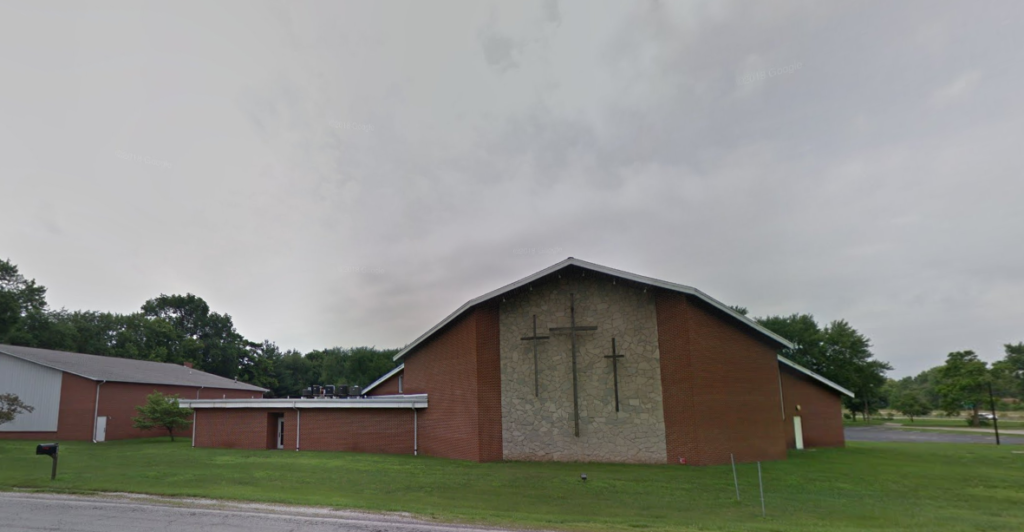 We’d love to have you join us a member of Terre Haute First Church of the Nazarene. We invite you to attend our membership orientation class, and speak with a pastor about becoming a member of THFN. For more information and class dates please contact us!

What do we Believe?

God is the Creator and Ruler of the universe. He has eternally existed in three personalities: the Father, the Son, and the Holy Spirit. These three are co-equal and are one God.

Jesus Christ is the Son of God. He is co-equal with the Father. Jesus lived a sinless human life and offered Himself as the perfect sacrifice for the sins of all people by dying on a cross. He arose from the dead after three days to demonstrate His power over sin and death. He ascended to Heaven’s glory and will return again someday to earth to reign as King of kings, and Lord of lords.

The Holy Spirit is co-equal with the Father and the Son of God. He is present in the world to make men aware of their need for Jesus Christ. He also lives in every Christian from the moment of salvation. He provides the Christian with power for living, understanding of spiritual truth, and guidance in doing what is right. He gives every believer a spiritual gift when they are saved. As Christians, we seek to live under His control daily.

The Bible is God’s word to us. It was written by human authors, under the supernatural guidance of the Holy Spirit. It is the supreme source of truth for Christians beliefs and living. Because it is inspired by God, it is the truth without any mixture or error.

People are made in the spiritual image of God, to be like Him in character. People are the supreme object of God’s creation. Although every person has tremendous potential for good, all of us are marred by an attitude of disobedience toward God call “sin”. This attitude separates people from God and causes many problems in life.

Salvation is God’s free gift to us, but we must accept it. We can never make up for our sin by self-improvement or good works for the wages of sin is death not “good works”. Only by trusting in Jesus Christ as God’s offer of forgiveness can anyone be saved from sin’s penalty. When we turn from our self-ruled life and turn to Jesus in faith we are saved. Eternal life begins the moment one receives Jesus Christ into his life by faith.

We believe that believers are to be sanctified wholly, subsequent to regeneration, through faith in the Lord Jesus Christ. It is wrought by the baptism with the Holy Spirit, whereby a person can experience the cleansing of the heart from sin.

We believe that Christian baptism, commanded by our Lord, is a sacrament signifying acceptance of the benefits of the atonement of Jesus Christ, to be administered to believers and declarative of their faith in Jesus Christ as their Savior, and full purpose of obedience in holiness and righteousness.

Baptism being a symbol of the new covenant, young children may be baptized, upon request of parents or guardians who shall give assurance for them of necessary Christian training.

Baptism may be administered by sprinkling, pouring, or immersion, according to the choice of the applicant.

We believe that the Memorial and Communion Supper instituted by our Lord and Savior Jesus Christ is essentially a New Testament sacrament, declarative of His sacrificial death, through the merits of which believers have life and salvation and promise of all spiritual blessings in Christ. It is distinctively for those who are prepared for reverent appreciation of its significance, and by it they show forth the Lord’s death till He comes again. It being the Communion feast, only those who have faith in Christ and love for the saints should be called to participate therein.

Who is Our Leadership? 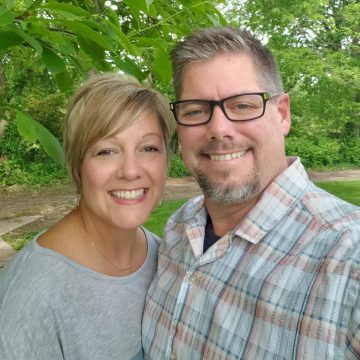 Pastor Denny Wilson was born in Middletown, Ohio. He married his beautiful wife, Annette, in 1988. They have a son (Cody), daughter-in-law (Breanna) and granddaughter (Emily Grace); daughter (Courtney), son-in-law (Terry) and grandsons (Jace) and (Luke).

Growing up in a Christian home, Denny accepted Jesus Christ as his savior at the age of 12. At the age of 16, he surrendered his entire life to God and accepted the call of ministry and received his Local Minister’s License. Five years later, he received his District Minister’s License from the Church of the Nazarene. He has held pastoral positions in the Church of the Nazarene since 1990.

Denny and Annette love spending time with family. They also enjoy good coffee, movies, walking(especially on the beach!), biking riding and Harley Davidson Motorcycles! Denny & Annette are Midwesterners at heart and are honored to serve in Terre Haute. 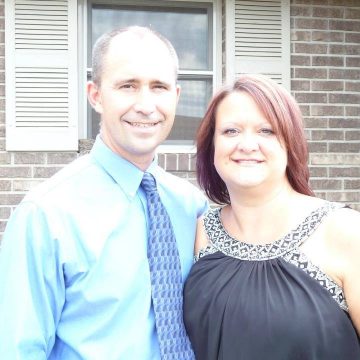 Pastor Tony grew up in Terre Haute, IN. He has been married to his lovely Bride, Heather, for over twenty years. They have two boys, Benjamin and Andrew. Going to theme parks to ride roller coasters is an annual tradition in the Sedletzeck family.

Pastor Tony came to a saving faith in 2007 after listening to a powerful message called Hell’s Best Kept Secret by Ray Comfort. Ever since his conversion he has been given the desire to see others come to know, Jesus Christ. He has been involved in street evangelism, sketch board evangelism and prayer stand ministries.

Pastor Tony received his called to ministry in 2015 after serving a few years as a Sunday school teacher at Terre Haute First Church of the Nazarene. He has held a district license since 2016 and is enrolled in the ministry preparation program through Nazarene Bible College. He has served as youth pastor at the Sullivan Church of the Nazarene in 2017 and filled in as part-time pulpit supply in 2018. He also holds a bachelor’s degree in aviation from Indiana State University. 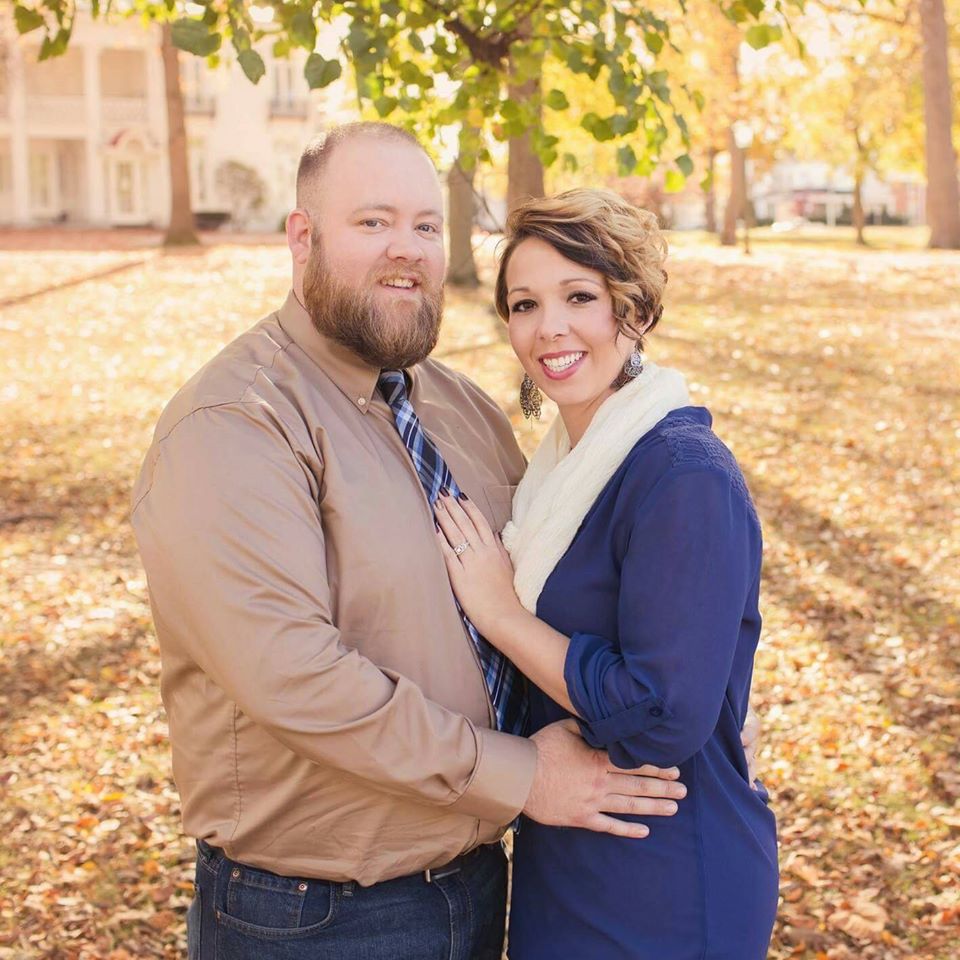 Pastor Mike was born in Crawfordsville, Indiana. He married his beautiful wife Hope, in September of 2010. Mike and Hope have 3 daughters: Ariel, Maycee, and Jayda. They also have a granddaughter, Eden.

While Pastor Mike did not grow up in a Christian home, he and his sister occasionally attended church with their grandmother, Madge, when they were children. This time in his life provided a foundation of Christ in his life from a very young age. At the age of 12, Mike received salvation. He and his sister continued going to church together during these early teenage years. In his late teenage years, he walked away from the Lord, but will attest that God is faithful and continued to pursue him.

In 2008, Pastor Mike attended Crossroads Community Church of the Nazarene in Ladoga with some friends and it was here that he rededicated his life to Christ. In 2012, Pastor Mike was called into the ministry. In the summer of 2013, he began his course of ministry studies through Northwest Nazarene University.

Pastor Mike and his wife Hope love ministering to children and youth. They believe that these young folks, while being a part of today’s Church, are the future Christians that will one day lead God’s church and His people. They have a genuine desire to help the youth of today discover God and to grow into a lasting and loving relationship with Him.

To find pictures of our past events please visit the link below!

For visiting us online to find out more about the church please contact us! We are looking forward to hopefully seeing you next Sunday!

Connect with us on...